We all feel a little mischievous at one point or another. You could be having a dull day, for instance. To spice things up a bit an idea might hit you, that normally on any other day you may be opposed to it, but on a dull day like today you’re all about it and the randomness that it could bring you.

Life has recently left me with quite a few dull days. Not a lick of adventure, not even a spark of inspiration. My creativity has been halted a bit considering if you don’t live fiercely your inspiration for creation will also suffer.

It wasn’t even 6 months ago when I decided to cut my days at the restaurant so I would have more time to do what I loved and that was to write, paint, and to actually enjoy my limited life here in Florida.  It wasn’t long after when I found myself in trouble with the law halting any future adventures I was to have for about the next year.

So here I am, bored, and what do I do?? Well, you know what they say about idle hands right? Idle hands, devil’s workshop?

I one day, out of sheer boredom, came up with a way to spark that literary fire. I wanted to write and instead of using those cheesy, uncreative writing prompt apps, I decided to go fishing for stories instead, anonymously. What better way to get a good story and keep your identity hidden than to search the classifieds, no?

The personals section on CL has the most interesting characters on the net that are in search of that filthy yet blessed feeling. The emotion that makes this world livable. Love. One of the biggest questions I ask myself while reading these online posts is “Does one seriously think that by posting on CL one will find true love?” Can one be so hopeful, yet desperate? I go from reading the men seeking women’s section to the women seeking men’s. I read the casual encounters then tread on over to missed connections. The stories of those who have seemed to have fallen in love at first sight yet had no chance but now to do anything about their missed encounters. Do they ever get a response?? Does anything ever come from their missed connections post? Do they get to kindle that flame they once only dreamed of experiencing?

I decided to make a post myself and see what ended up coming from that. Again, what is it that they say about idle hands??

I picked the genre of Missed Connections. I felt like that would have been the best place to post that would give me the least amount of perverted responses. My message went something like this:

Ok,
So this probably won’t be seen by the person it is intended for BUT I decided I would go for it anyways…
I just saw you 20mins ago..
You were wearing a maroonish colored t-shirt, with shorts and flip flops. You had a tattoo on the back of your left calf and you have the cutest hair ever. Curly, shoulder length, light brown? You had almonds, kale, and other healthy yummies in your cart.
We first bumped into one another while we were looking for cell phone cases. I was wearing a bright yellow work shirt and was totally in your way and didn’t notice. When I said sorry you said, “Don’t be sorry!”
We later ran into one another in the produce section. The way you slid around with your cart was kinda cute.
If the genders were reversed I would have totally asked you out… the fact that I didn’t strike up conversation is now bumming me out.
Anyways, if you read this, e-mail me 🙂 I don’t know many people out here and not many catch my eye so I’m taking a chance here, haha!
I truly hope to hear back from you…

Keep in mind, THIS HAS NEVER HAPPENED. I made this entire scenario up. Every bit of it was a detailed LIE. A rouse I had come up with off of the top of my creative little (big) head and within minuets I was getting responses.

Some of you out there are thinking, “She is so mean, toying with people’s hearts like this!!” And I say onto you dudes … “Are you kidding me?”  You must be..

My first response was literally 4 mins after my post. It read,

“You sound like you have a good head on your shoulders. Would you mind moving down south and giving me some of that good brain?”  Mmmmm, yeaa noooo.

The second one came in just a few short seconds after and read,

“Got any pics? I sent you one..” I open the attachment and low and behold what is starting back at me?? A chode.

The responses were pouring in and all of them were sexual in nature. I began to slowly understand the true meaning of the personals section on CL and shuddered with the thought. Who actually meets up with these people??? I’ve often seen on talk shows people addicted to sex discreetly meeting up with randoms off of CL but I never really believed it. Could it actually be so common?? Reply after reply, all I was getting were gross messages of men and their inner most sexual desires. That I will leave for another blog post, maybe even a book. All I knew is that I had read enough and just when I was to take my fake post down I got a message that genuinely freaked me out.

It started off very normal. If I hadn’t made up the post I would have been ecstatic reading it. This is what it said,

“Hey You, I’m glad you wrote. I was thinking of doing the same but didn’t know how to even start off. When I saw you today it was way before your first time mentioned. You had walked in pushing your shopping cart and all I saw was your beautiful smile. I came up with a way to say Hi and that was by making my way over to the cell phone cases. You were so sweet and from that point on I just haven’t been able to really shake you from my thoughts. Shoot me a message back. Let’s talk.”

I was freaked out. The message was cute if only what I had initially written would have been true but it wasn’t. Why would someone reply as though it had really happened? Let’s say my scenario had really gone down the way I said it did. Let’s say I posted this on CL in hopes to really find this person. This person has replied in a way to make me believe it was them when it all actuality it was a complete stranger fucking with me.

I sat there for a while not knowing what to do. Should I go on with this and see how far it could go? But I was upset. How dare this person lead me on. Even if this wasn’t real life, it could have been. They just toyed with my emotions.

What was so different from what I was doing by posting a fake post on CL?? Was I too not toying with people’s emotions?? Even if the story wasn’t real, for a split second as they read my post in its entirety, they believed it was. There was no difference between this person and myself. I was bored and made up a post. They were bored and decided to respond to it.

I got it. I really did. Yet there was just one more thing that was bothering me. This person could have been anyone. A bored group of kids scanning the classifieds for a good laugh. A writer like myself looking for some inspiration. A lonely old man who believed maybe this could lead into something more. Or even a serial killer hoping to set up his next victim.

The last thought really disturbed me. It was a total possibility. How many times have you read a news headline about an unsuspecting victim falling prey to a killer met online? One too many times that’s for sure. In this case, Florida being a state known for it’s weirdos this could be more certain than false.

I logged into my CL account and deleted the post. I delete the emails. I quickly shut off my computer and went for a walk. I had freaked myself out. I had gone looking for what was essentially trouble and I no longer cared for it. Then I decided to come back home and write. I accomplished my goal of killing boredom and in doing so found a bit of inspiration for a couple new projects while at the same time realizing how thin a line it is that separates sheer boredom from malicious insanity. 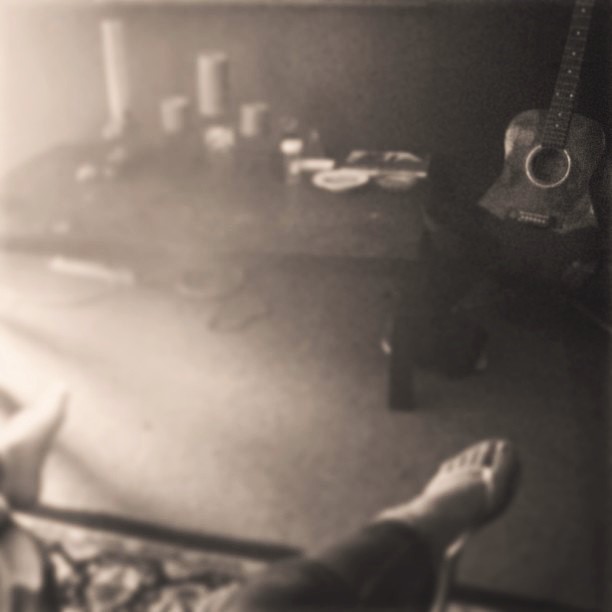